Path of the Wolf Just over three years ago, I learned that a friend and trusted ally of mine was offering a Priestess training program centered on Goddess spirituality, animism, and shamanistic/spirit work called Path of the Deer Priestess. Intrigued as I was by the offering, at the time (just after the 2016 election) I was feeling a deep need for reclaiming my wildness as an antidote to my despair, something that did not resonate with the spirit of the Deer Mother for me. It was not aggression or anger I was moving toward exactly, but a certain ferocity of spirit. I reached out to Yeshe and asked if she would consider developing a program around Wolf as a teacher, guide, and ally. She promised to ruminate on this as she embarked on the initiatory Deer Priestess training year, and by the end of 2017, Woman Shaman Priestess was introduced.

A 5-fold animistic and Goddess centered training, Woman Shaman Priestess included 5 animal paths* aligned with the 5 elements: Wolf (earth), Rabbit (fire), Otter (water), Spider (air), and Deer (spirit). Each of us chose the path we felt most drawn to to focus our year of study on. That year of learning and pathworking for me through the keen eyes of the Wolf was the beginning of what has proven to be a joyful and transformative journey of Spirit. The course was an in-depth survey of the concepts, tools, and lineages of spirit work, with respect and reverence to the cultures that birthed these practices and through the lens of the Goddess as the Source. Every aspect of the training was steeped with history, mythology, symbolism, personal journeying, reverence for the gifts of ancient and indigenous cultures, and an intimate forging of magical (and mundane) Sisterhood. Offered with compassion, dedication, and generosity, Woman Shaman Priestess was an exploration of the threads of Spirit that called to us as individual women and as aspiring priestesses.

The completion of Woman 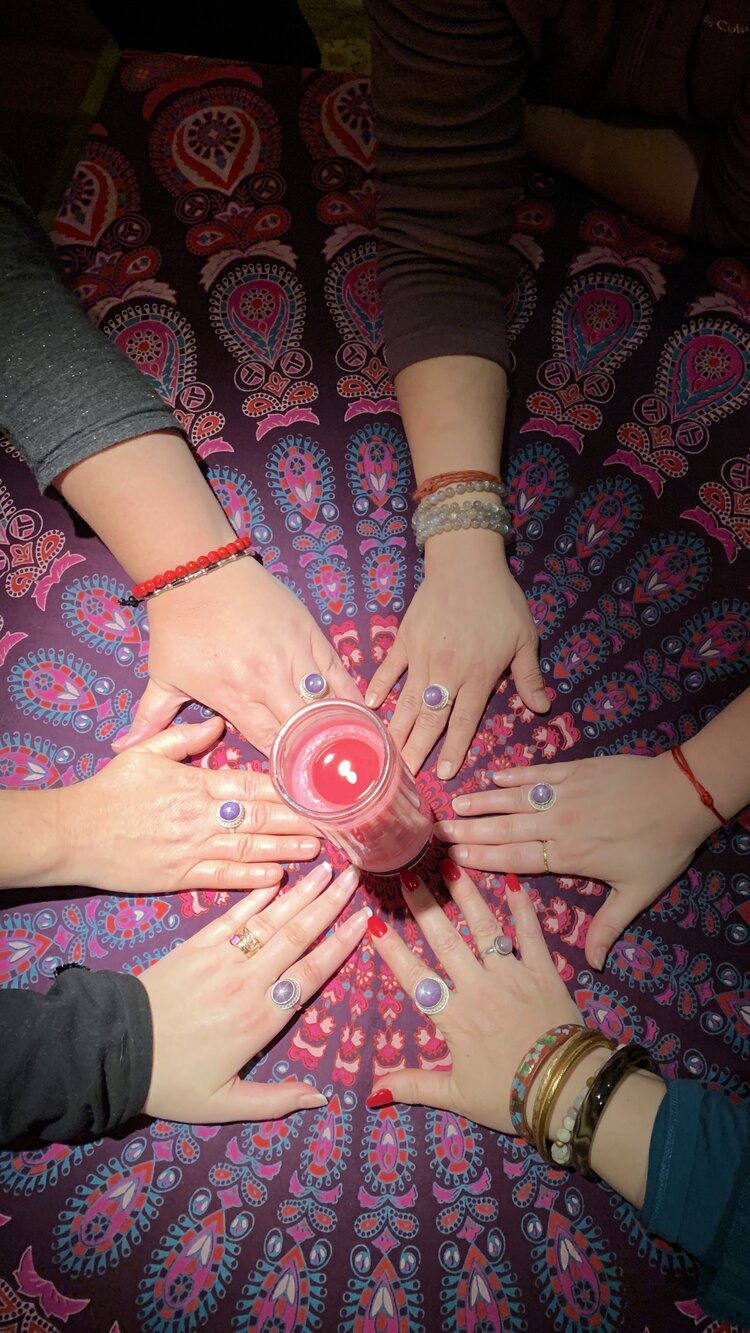 Shaman Priestess gave birth to a new spiral of work: Flight of the Skydancer. In this second year of study, Yeshe guided us to deepen our ancestral relationships (both personal and cultural), craft ritual tools and ceremonies, celebrate the lunar calendar and magical holidays (of ancient and modern origin), and create a personal temple structure to house and nurture the aspects of Goddess and Spirit we choose to honor in our practice of priestesshood. It was this teaching that has been the most meaningful for me over the course of this work, and I look forward to sharing with you how my temple evolves.

Over these two years of study, we learned together, shared our challenges and breakthroughs, and supported each other’s goals and growth in ways I had not thought possible. We witnessed each others’ fears, hopes, intentions and vows on retreat last December, and I feel supported and empowered to begin my work as a priestess of the Mount Shasta Goddess Temple, and on my personal path as a Priestess of Sacred Vision. 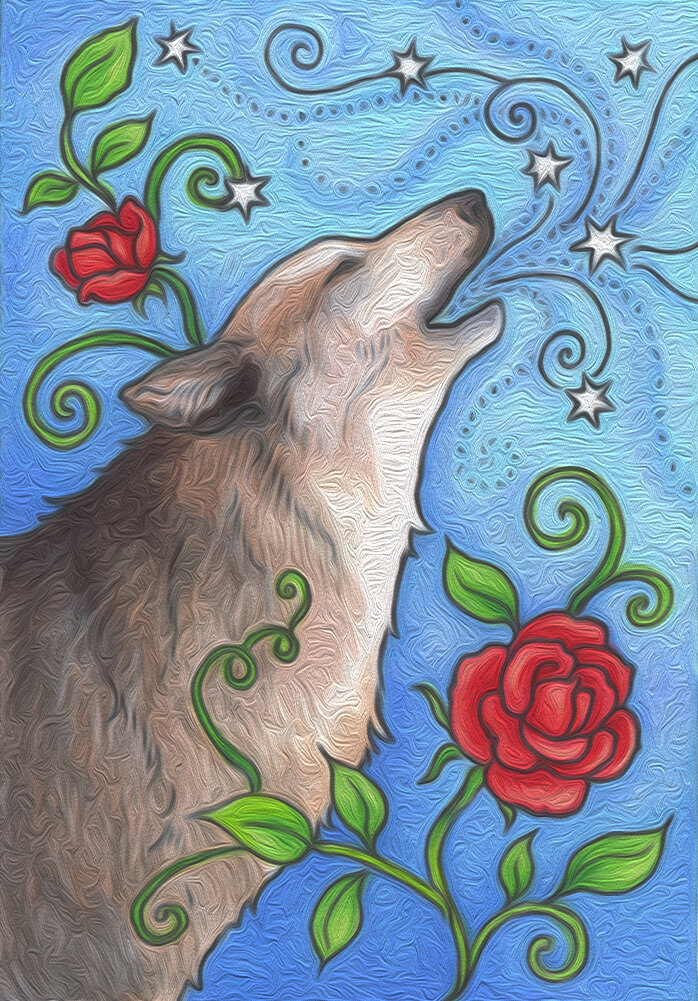 Now, what is the Path of the Wolf?

When I first asked Yeshe about the idea of a Wolf Priestess training, I knew that Wolf and I had already chosen each other. This is not an ally that I perceive or work with based on indigenous American traditions, which are not my own. In a journey, Wolf appeared to me in four forms: Red Wolf in the South, Black Wolf in the West, Yellow Wolf in the North, and White Wolf in the East, corresponding to my heart, my intuition, my body, and my mind respectively.

For me, Wolf represents Courage and Fortitude on the Path. It is an ever-present reminder to reject the comfort of conformity, to throw off the diminutive red cape and reclaim my Wildness. It is my companion in this world (in the form of my husky, Helena) and my guardian and guide in the Otherworld. Path of the Wolf is the voice of my work.

Wolf has also shown an affinity for working with Hekate, who was the first Deity to call me on my path of Priestesshood.

And with Hekate, I will leave you for my next post.

Are you curious about Yeshe’s work or the Mount Shasta Goddess Temple? If you’d like to know more about the spirals of training or my experience therein, I am happy to answer your questions or offer guidance as to whether this might be the right choice for you. Feel free to connect with me!

*Woman Shaman Priestess has since evolved into a fuller spectrum of work with animal spirits since its inception in 2018.